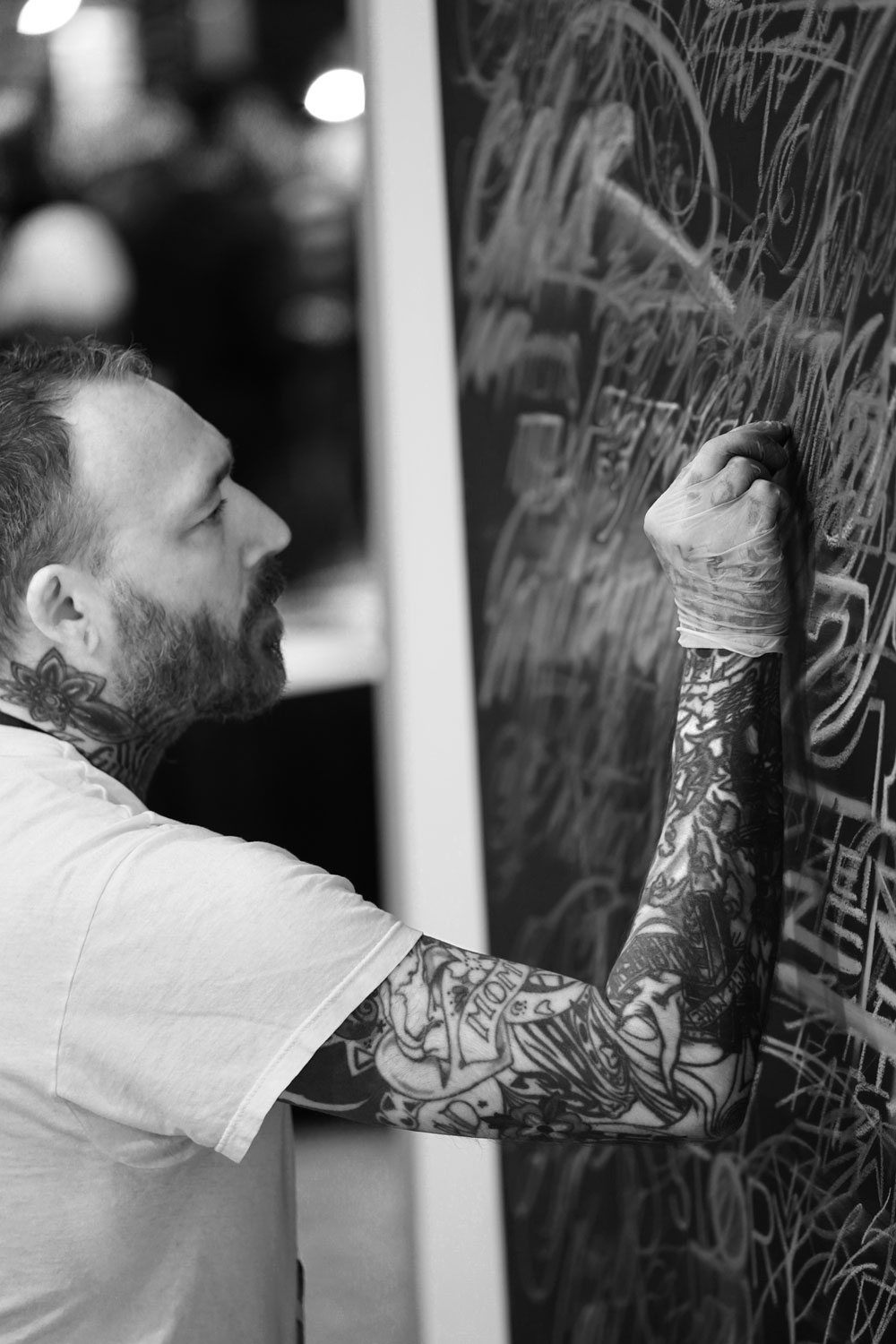 Joseph Ari Aloi has created a myriad of symbols during his nearly 3 decade long career and applied them to an even greater array of surfaces and mediums along the way. Weaving layers of poetry, spirituality, symbolism, color and line across mediums, Aloi’s work has a defined visual language characteristically his own.

Widely known for his contributions to fashion, literature, product design, tattooing, and the visual and performative arts, Aloi is a tirelessly trained draftsman who has built a body of work which rebels against what we commonly know the written word to be and challenges our inherent intimacy with the line as used in language.

Since 2016, Joseph Ari Aloi has focused primarily on continuing to develop his graphic cannon. An iconography which marries a rich use of symbols alongside the text based calligraphy that the artist has become known for over the years. His most recent solo exhibition ‘1000 Mornings’ married these distinct yet ever evolving styles together and gave viewers a one-way ticket into the creative mindscape of Aloi.

Yet, Visual Artist may be too constricting a term to accurately describe Joseph Ari Aloi. It may only give us an idea of how the viewer will interact with the resulting landscapes Aloi creates. Lines of prose, which are often inspired by the artist’s favorite poet, Mary Oliver, intermingle with various incarnations of recurring symbols that are rendered in either black ink on paper or in bold, color-filled strokes of oil crayon and chalk pastel on canvas. In addition to drawing inspiration from several favorite poets, lyrics of songs from hip hop and other genres which influenced him during his upbringing are often found in his work.

Joseph Ari Aloi will be celebrating the 25th anniversary of his first publication, entitled ‘Subconsciothesaurusnex’, with an exhibition and announcements of special projects & collaborations in 2019. The artist currently lives and works in Brooklyn, N.Y. with his two children.